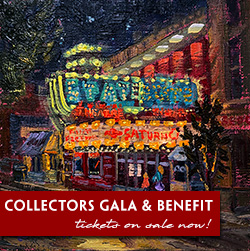 Be among the first to view and shop the Paint Grand Traverse juried collection, and support Crooked Tree Arts Center - Traverse City! Tickets on sale now! 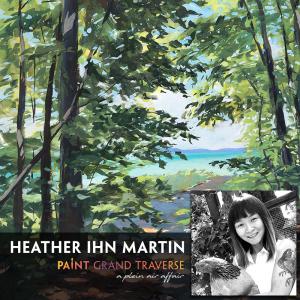 Heather Ihn Martin, a fine artist raised in rural Michigan, has been creating artwork since she could hold a pencil. Her passion for art was so clear and unwavering, that after graduating high school she found herself leaving her hometown in Michigan to earn her BFA in Illustration at the Ringling School of Art and Design (now named the Ringling College of Art and Design) in Florida.

Once receiving her degree, she spent years working as an illustrator, followed by nearly a decade as a game artist in the mobile gaming industry. In 2016, Heather was reintroduced to traditional media, and fell head over heels in love with painting from life and plein-air painting. Despite working a full time job, having a long commute, and a ridiculously large family of animals, Heather spent every spare minute towards building a fine art career and working to be a better artist.

During this time, Heather discovered her new favorite medium of all time, gouache (also known as “opaque watercolor”). With gouache, she is able to capture the fleeting light and essence of a scene, while maintaining a crucial sense of spontaneity and energy. While Heather paints several types of subjects, she particularly enjoys the challenges of plein-air painting.

In 2018, Heather made the decision to depart from the gaming industry to pursue a fine art career. Within the past two years, she has received numerous awards and global recognition for her work. Heather currently resides in the foothills of Northern California.

Thanks to our PGT 2020 presenting sponsors: